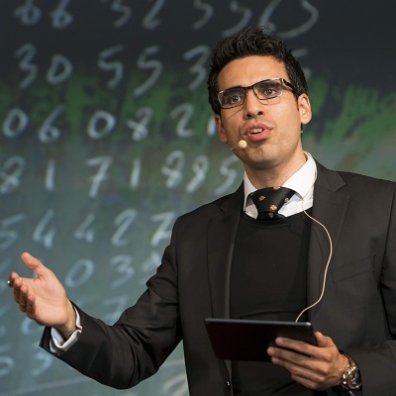 Currently president of the Bioniria Foundation (Swiss Foundation for Bio-inspiration) and chairman & founder of GBionics SA and General Bionics SA, Idriss Aberkane already held two doctorates and a PhD by the age of 29, including one prepared at the Ecole Polytechnique. He taught for seven years at the Ecole Centrale Supélec, where he created the Geopolitics and Knowledge Economy course, and he became a visiting scholar at Stanford University at the age of 20. Idriss  has given more than 420 lectures in three languages on four continents to clients and institutions such as WHO, PwC, Eiffage, Engie, Crédit Agricole, BPCE, BNP-Paribas, the Pacific Business Forum, Google X, Stanford, Sciences Po etc. His essays and books have been translated into Korean, Chinese, Japanese, Russian; and Greek. He is an editorial writer for Le Point magazine, and has twice featured on its cover.

Love Can Do – the Importance of Emotions in Innovation and Learning