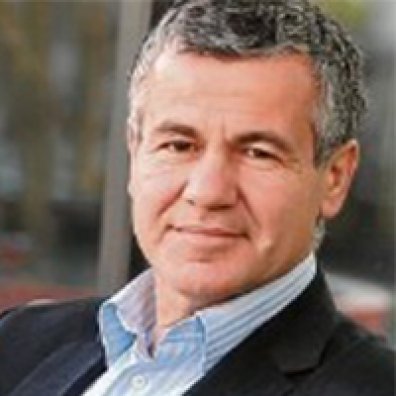 Prof. Guillermo Cisneros Garridohas been the chief learning officer for two global corporations, Santander Group, a leading banking and finance institution headquartered in Madrid, overseeing the launching of their corporate university, leadership development programmes, technical and financial training, as well coordinating the overall training and development policy for the group. He has also been chief learning officer and SVP of FIAT Group (now FCA automobiles), headquartered in Turin, Italy. In the field of higher education, he led the launch of the ESADE Business School Madrid Campus and the development of its executive education offer for global corporations based in Madrid, and as the school’s deputy managing director was responsible for Corporate Development, Corporate Marketing, and Communications.

He was also vice president for Global Initiatives for Berklee College of Music (Boston MA) with responsibility for all international programmes and the launch of its first international campus in Valencia (Spain), where the offer of graduate programmes is now successfully attracting students from over 40 countries.

Born in Spain, Cisneros holds a doctorate in Economic Science from the University of Barcelona, as well as other post-graduate degrees from different international universities, including Harvard Business School and Babson College. He is also a CFA charter-holder. He has become a renowned expert in education at an international level, as well as an entrepreneur in his own right and has developed an international career in project management in the area of corporate training and higher education.

The early part of his career was focused on the field of Marketing, promoting diverse entrepreneurial ventures as well as consulting for many national and international organisations. Since 1987 he has been a professor at ESADE responsible for the creation of numerous programmes, activities, and research centres. From 2000 to 2005 he was part of ESADE’s senior leadership in a moment of strategic crossroads for the institution. As executive director of ESADE in Madrid, he led the launch of the business school campus in the Spanish capital and its positioning at an international level. He was also deputy managing director of ESADE, heading the corporate and institutional development activities of the whole institution during a process of intense transformation and progression of ESADE within international rankings.

In 2005, he joined the Santander Group as Chief Learning Officer, driving the development of the group’s corporate university, its executive education and the Group’s training policy during its evolution from a multi-local to a global organisation. The Santander Corporate University quickly became an important element in spreading the Santander culture, preparing its executives for leadership challenges and creating an integrated training strategy, including a global learning management platform. Santander group was distinguished as one of the world’s top 100 best learning performance institutions by Bersin Associates and became part of the exclusive group of Corporate Universities holding the CLIP accreditation. He then became senior vice president and chief learning officer of the international group FIAT, a position that was an important step in his international career and which he held from 2008 until joining Berklee.

As a leader in his field, he has participated in numerous processes of accreditation of international business schools and is a corporate reviewer for EQUIS accreditation (European Foundation for Management Development) in addition to advising various public and private institutions on internationalisation in education, talent and leadership development, and knowledge management.

As vice president of Global Initiatives at Berklee College of Music, Guillermo Cisneros was responsible for the international strategy and global projects of the world’s leading college of contemporary music. That included the management of international partnerships and Berklee’s global associated schools, the international programmes, and in particular the launching of Berklee Valencia Campus, which represented the first fully international operation and the expansion of their graduate programmes with global reach. He joined Berklee in September 2010 and is the first non-American senior executive in the history of Berklee College of Music.

Cisneros believes in the importance of entrepreneurial spirit and leading by example. He has pursued a career driving new educational and business initiatives: he is a founding board member of AJUS (Academics at Jesuit Universities and Schools); on the editorial board of LID Editorial Empresarial (Business Editorial); and has also served as trustee and director on the board of several institutions.

[Masterclass] INTRAPRENEURSHIP: THE TWO SIDES OF THE SAME COIN