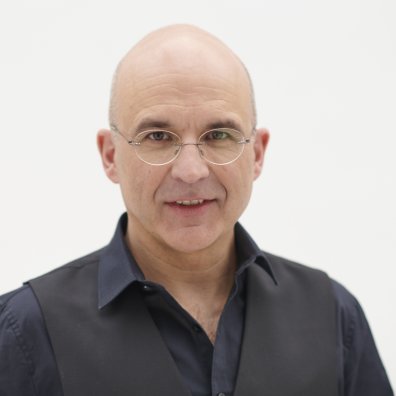 Andreas Wolf is an improvisation actor, singer, presenter, trainer, coach, lecturer and author. He is the founder of the Munich “fastfood theater”, the first school for improvisation in Germany, and the opera improvisation group “LaTriviata”, with over a thousand appearances at home and abroad since 1992. Together with Karin Krug, he is also the managing partner of the impro company GbR.

Andreas has developed numerous forms for improvisational theater, such as the successful "Improcup". In addition to working with improvised mask theater, he teaches improvisation at the Bavarian Theater Academy "August Everding", coaches various social media production teams in the Bavarian broadcasting company, and also teaches spontaneity to business executives. The second revised edition of his book “Spontan sein. Improvisation als Lebenskunst” is just out now.