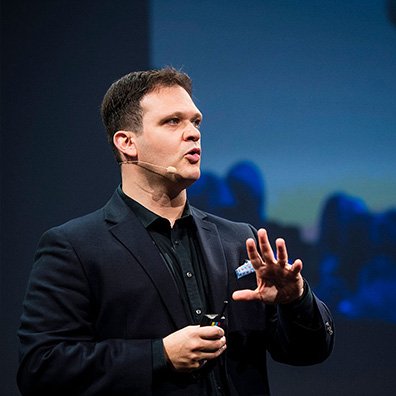 Mark Esposito, PhD research focuses on the interlink between policy, business and technology and he researches the impact that the transformation of the 4IR technologies will bring to an array of industries. He writes both professional press and academic pieces on the future, foresights and systems analysis and he has been investigating socio-economic complexity since his time at Michael Porter's Institute for Strategy and Competitiveness at HBS when he served as Institutes Council Co-Leader. At Arizona State University he co-directs the Center for 4IR and Globalization 4.0 with renowned scholar Landry Signe and former Head of Society at WEF, Nicholas Davis.

He has held appointments for some of the leading institutions such as Harvard University, University of Cambridge, Hult International Business School and University of Massachusetts Amherst. He serves as non-resident Fellow at the Mohammed Bin Rashid School of Government in Dubai as well as Research Associate for the University College London, Blockchain Technologies. He is a Subject Matter Expert for the National Program on Artificial Intelligence at the Prime Minister Office of the UAE as well as economic expert for the Centennial Lab within the UAE’s Prime Minister Office. In 2021 he joined the Institute for Innovation at Public Purpose at UCL in London as Policy Fellow, under the guidance of renown economist Mariana Mazzucato.

Dr. Esposito is a prolific author with 150 peer reviewed articles, 11 books (including 2 bestsellers), several chapters, and over 40 case studies, mainly on clusters and clusters theory. He has been published by Routledge, Wiley, Palgrave McMillian and Bloomsbury and his next 2022 books will be with MIT University Press, on the great reset ahead of us, as well as with Cambridge University Press on the rise of the emerging economies under the dome of the fourth industrial revolution. He has participated to 6 reports for the World Economic Forum, and he is an active contributor to places like Project Syndicate, Harvard Business Review and MIT Tech Review where he was named as one of the top 100 Global Influencers.

Mark holds a PhD in Business and Economics from the International School of Management in Paris/ New York and an Executive Doctorate in Business Administration from Ecole des Ponts ParisTech in Paris.